"Naturally, celebrities, who insist on nothing but the best, are numerous among the Bukk Fambly. They rely on their fake teeth to help them sidestep rude and obnoxious autograph hounds and tabloid journalists who continue to invade the personal lives of celebrities relaxing in beaches, playing texas hold em in card clubs and even just outside their own luxurious homes. From Payne Stewart to Martin Scorcese, Dr. Bukk has helped the suffering celebs enjoy a semi-normal level of privacy. However, most celebrities are sensitive about their public image and don't like to be photographed wearing their Dr. Bukk teef!" 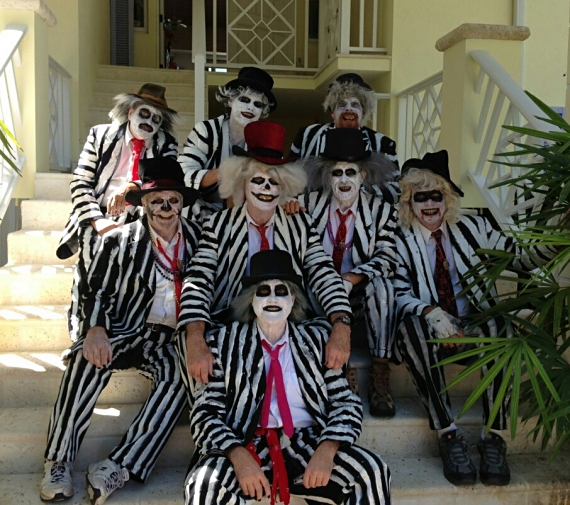 The Beetlejuicers VLQ Barbershop Singers love to terrorize and sing at Fantasy Fest in Key West. "We all love quality dental work (Dr. Bukk of course!), and wear them proudly!" says member Steve Rosen - "a recent customer and lifelong fan!!"﻿ 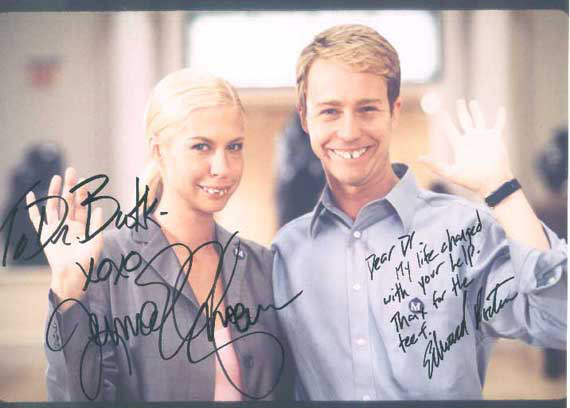 Here's the only two big celebrities who have the confidence to be photographed in Dr. Bukk's teef. Jenna Elfman and Edward Norton, working together on the set of Edward Nortons directorial debut, "Keeping the Faith" 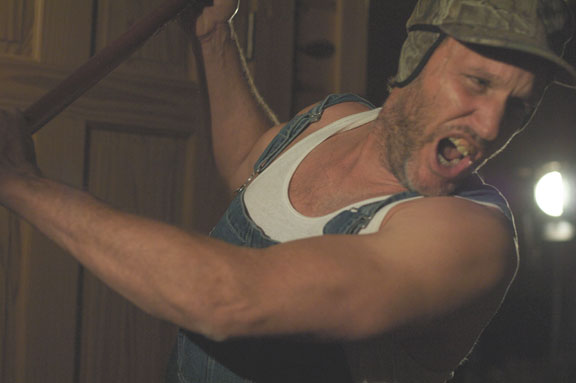 Starring in the movie "Outrage" is Pauly D, one of the earliest patients of Dr. Bukk.  Click the pic to see the trailer. This is shot in the beautiful N. Georgia mountains. 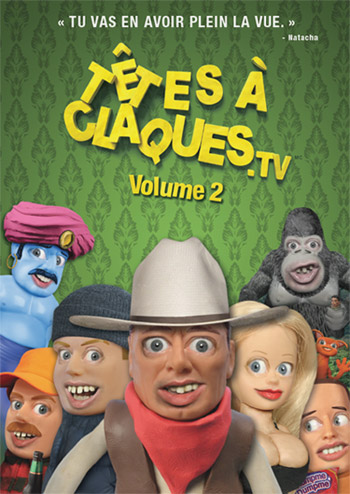 The French Canadian outfit,  Salambo Productions, creates a program where real people's mouths are used in conjunction with animated characters. They love Dr. Bukk teef. Click on the pic to see their website.

Above, Chigger Brumbalow (Marty Dashiell) wears our "Bukk" style teef as a regular on the Bass Tech crew on ESPN2, Saturday Mornings at 9:30 a.m. EST. Chigger is in charge of maintenance and never hesitates to utter his mantra, "Safety First!" 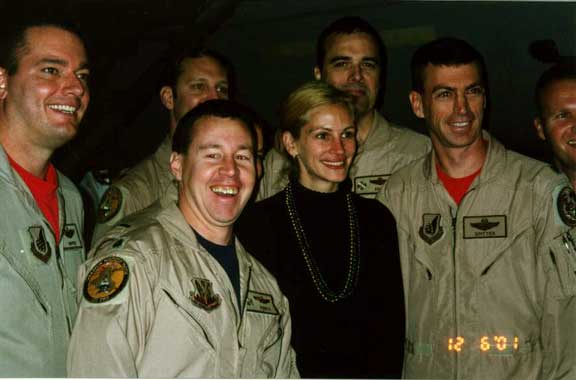 Stationed in Turkey, F15 Fighter Pilot "Homer" (front) clowns around with Julia Roberts, who no doubt needs Dr. Bukk's help. The stars of "Oceans 11" stopped by to lift morale of these Air Force pilots. Awful darn nice of them, considering how most Hollywood loonies feel about the liberation of Iraq. 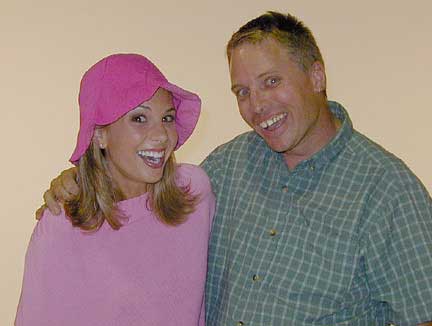 Remember the lovely Elizabeth from Survivor Australia? She graciously agreed to pose with Skid Marx. 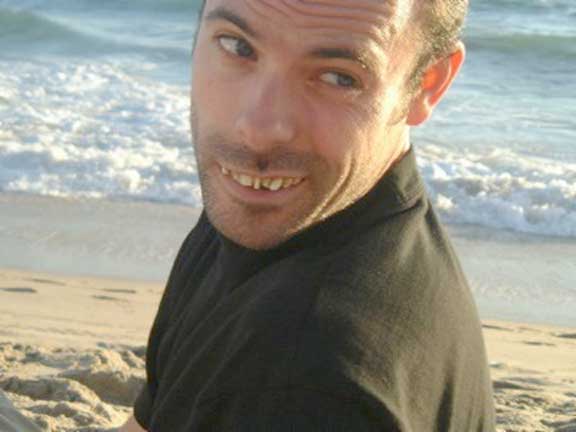 "I always wanted to be a lifeguard!" said this hunky actor, on a Baywatch episode guest appearance (wearing Tuskany style Bukks). At last the work of Dr. Bukk makes it to the big-time! 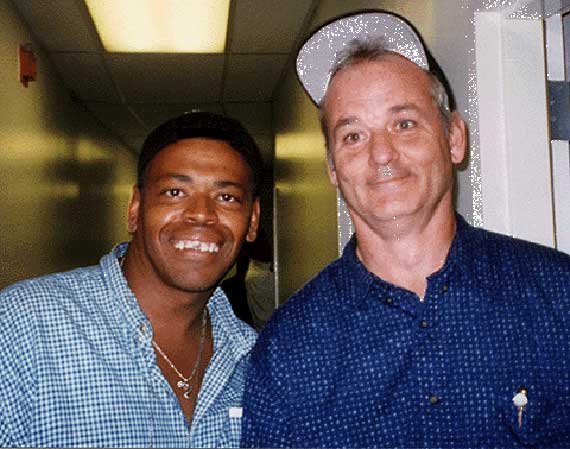 On the right, comedian Bill Murray seems to have inhaled the stuff of stardom, glitter! 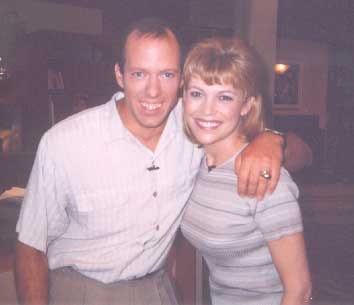 Vanna White poses on the set with Dave Shimkus, who used his Dr. Bukk teef to play the "before" dude for a tooth whitening product Vanna is flogging on the Home Shopping Network! 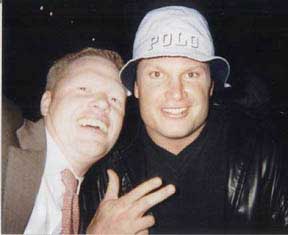 Here's Miami Dolphin's Zach Thomas being entertained by one of our patients. 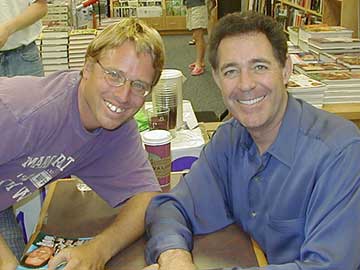 Here's Fambly member Skid Marx again, sharing a smile with Barry Williams, who was Greg, the oldest son on "The Brady Bunch." 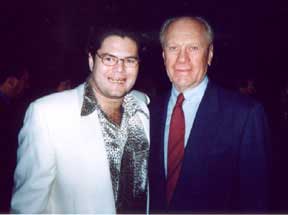 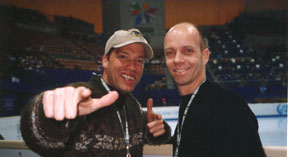 Here, Cooter A. Fire welcomes Scott Hamilton back to figure skating by showing him the new gangsta rap techniques and teaching him Ebonics, which are dominating the sport.

Fambly member Phil Deeze Nuts has a real talent for getting close to celebrities. In '99 he was pictured in "Maxim" magazine, wearing his incest teeth, with Carmen Electra. She just has an affinity for people who look crazy, wouldn't you say? 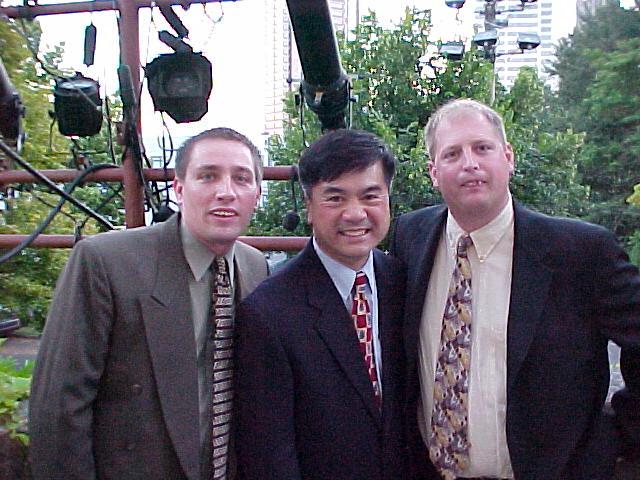 Here's Ed U. Katin and Elmer Pike, posing with Governor Gary Locke of Washington state (center). We expect he'll be ordering soon, cause he was a mite jealous.

Here's the poster for an amateur comedy spoof centered in New York city, where Dr. Bukk teef were prominently featured! 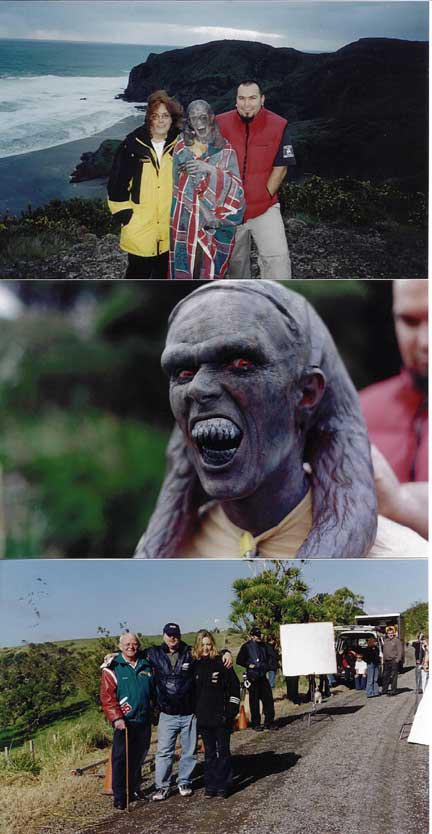 Take a look at this creepy alien, played by Jacqui Gilbert in a short film called "The Alien" shot in Piha, New Zealand. The aggressive-looking choppers are a set of modified "It" teef from Dr. Bukk. The screenplay was written by Hollywood's talented Fred Potts, a longtime "patient" of Dr. Bukk. His credits include "Final Twist Of Fate" starring William Sanderson, "Dream Escape", "Lost", the theater preview of "Alfred Hitchcock Psycho V", and "My Best Friend Wally", which stars Eddie Deezen and two sets of Dr. Bukk Teef. He's working on a film called "Karen" now, also starring Matilda Jolly. 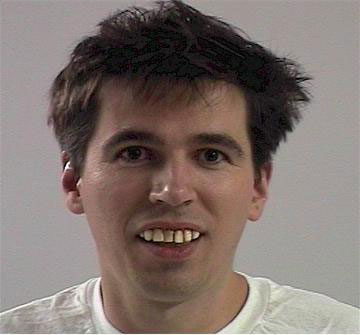